My blog started out as a series of posts of my book reviews and despite dabbling in one or two other types of content it remains primarily a review site. English (especially literature) wasn’t something I chose to pursue as a subject at school or later so beyond the odd exercise to write about a book in my teens I’ve never been taught how this should be done. When it comes to writing a review I know that I don’t necessarily have the right terms of reference or terminology to summarise some of the aspects of what I’ve read or perhaps even the knowledge to identify specific features. You can probably tell this from my earliest posts, I’d like to think that over time I’ve got better, or at least have more of a clue about what I’m doing. But I’m not sure that I’ve grasped it completely yet. Does it matter as long as I’m posting about the books?

A review in The London Review of Books could be 2,500 words long and in a newspaper or magazine it might be 500 or even down to just a series of short quotes. Until I ended up particularly behind with my reviews this year I’ve tended to find 500 words is about right but have been trying to write shorter reviews in order to catch up (and perhaps this isn’t such a bad thing) but obviously length isn’t necessarily a sign that a review is better or more comprehensive just because it’s longer.

I often see people sharing reviews on twitter or facebook as ‘good’ or ‘excellent’ but, in general, these seem to be ‘positive’ rather than incisive reviews. So what does a good review mean to you? Whose reviews do you admire and why? I’d really like to know other blogger’s/reviewer’s thoughts.

Well whatever your thoughts about 2016 it has, inevitably, passed and here we are looking forward to 2017 and what that might bring.

I thought this might be a good opportunity, even if it’s just for my own benefit, to take stock of what I read / blogged in 2016 so this time next year I have a comparison. According to Goodreads I have read 51 books – which is what I would expect – I know I usually read about one a week and with the house move I’ve had a couple of weeks where I’ve hardly read a page.

As well as completing 51 books I consigned one to the ‘abandoned’ shelf, have carried over 6 that I had already started and still haven’t finished and started a further three – so I’m technically currently reading 9.

My ‘to read’ numbers are a little frightening. According to Goodreads, which is how I try to keep track, I have a total of 288:

This compares with a total of 250 in March when I commented following a post of Cleo’s.

I don’t commit to a reading challenge each year, blogging can feel like enough of a chore sometimes without making the reading feel challenging too!

As far as my blog is concerned I posted reviews of 39 books – confirming my suspicion that I am permanently behind and never manage to write / post the reviews at the same speed at which I read.

As well as the book reviews I tried two new things on the blog this year. The first was a series of features on those people who are behind the scenes but are all involved in getting great crime fiction to our shelves / e-readers. This was a popular feature which I will be pressing on with – I have some more interviewees lined up I just need to write the questions for them to answer.

I also built on my ‘Debuts to look out for in 2015‘ with a monthly post featuring forthcoming crime fiction / thriller debuts. Although this was a great way of focussing attention on these new releases it became far too difficult to maintain in the latter part of the year. Perhaps I’ll just do a single ‘2017’ post.

Overall the traffic to my blog has increased, which is great and thank you to all the people who have read, liked and commented. Here’s to more of the same in 2017!

So do you have plans, challenges or goals for your reading and / or blogging in the next year? 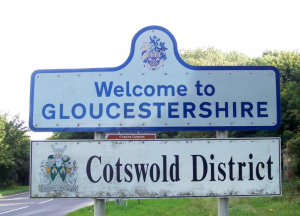 It wasn’t the smoothest move in the history of the world but I’m now living in my fourth ever county. While it’s not all gone to plan it’s a relief to have got the move done and have the chance to think about what’s next – THE MOVE has been such a big, looming event that it’s been impossible to see past it. Apparently it’s Christmas soon…

I was a reader before I was a blogger and have always had a lot of books; we’ve not unpacked any yet and there are close to 100 boxes still to go (hopefully not all books – there is an elusive cushion I’m still looking for). First we need to buy more shelves so a trip to Ikea is in order, but of course the days before Christmas aren’t the best time to pick. We’ve been here just a week and have managed to get a couple of rooms organised so we can escape from the heaps of boxes filling the other rooms. Small steps…

But at least we’ll have some time off in the next few weeks so we should have the opportunity to get more rooms sorted. And once there are some books unpacked then it’s back to the blog! 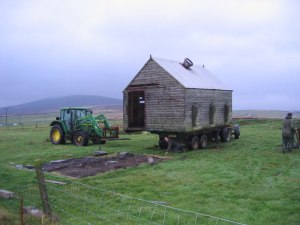 I’ve not been the most regular or reliable of bloggers. I always have a book on the go and if you check my Goodreads you’ll see that there often a few that I’m part way through but my reviewing can never keep up with the speed at which I read – even though I’m not a particularly prolific reader. There are currently around a dozen books that I’ve read but have yet to review – a situation that makes me feel perpetually guilty! So this post is to serve as a warning that if things go to plan this is a situation that is likely to get worse before it gets better.

With a bit of luck this won’t jinx things but we anticipate that before Christmas everything we own will be packed into a lorry and shipped to a whole new county (county not country – I’m not that brave!). It will be an exciting time and a big change for us but the list of things we need to do to make it happen seems never-ending and getting 12 book reviews posted to my blog is getting further and further down the list.

I’m currently trying to clear the backlog but while I will carry on reading and do intend to review the books I read it’s hard to say when a more ‘normal’ service might be resumed. Watch this space!

I’m in the midst of writing a review for a book in which I’ve said ‘the premise is an unusual one’ and when I started the review this was true, however it shares a lot in common with my current read. The books were published within weeks of each other and I’m in no way suggesting that there is any connection, copying, collusion or anything in any way underhand – it’s just pure coincidence. And I’ve noticed how frequently this seems to happen. Through a purely random choice of what to read next I’ve often spotted surprising coincidences from the small, such as two books using the same unremarkable US location, to a more fundamental plot device.

Synchronicity, coincidence? Has this happened in your reading? And can you figure out the two books I’m referring to at the beginning of my post (if it helps they were both published in 2013).

I am about to celebrate (if that’s the right word) the first anniversary of my blog. So I think that allows me a moment to reflect on what I’ve learnt during the year.

I’ve always been an avid reader and my father was instrumental in encouraging me to read a lot of the same fiction he enjoyed, so after the early years of Blyton, Ransome and Nesbit I was reading McBain, Chandler and Tey! I’ve never lost my love of a good “whodunnit” and the daily commute provides a regular opportunity to read. But blogging has given me a slightly different perspective. I don’t think that in the past I have given much consideration to what made a good book (or not) and what aspects I like or don’t like in what I read. In the past it would be finish one book and move onto the next, but the committment to writing a review means I give a lot more thought to what I’m reading. I didn’t study English Lit very far at school – I actually hated all that analysing and reading meaning into things, so perhaps I’m a latecomer to what others take for granted. What I hadn’t realised before was that there were so many varied ways of actually telling the story and in a genre like crime fiction this can have a real impact on the reader’s experience. I’ve developed more of an appreciation for writers and how they craft their story.

And it’s not just that I’ve found out more what I read, I’ve also learnt:

I’d be interested to know what others feel they’ve learnt from blogging.