I used to read a lot on my Kindle when I was commuting but since I stopped working in London in 2018 I’ve read more physical books than electronic ones. Nevertheless, that doesn’t mean that there isn’t an occasional title on NetGalley that I can’t resist. Of course my problem then becomes the fact that once read there’s no physical pile of unreviewed books to remind me I need to get on. So this is a ‘quick fix’ to share some of the great books I’ve read in the last *cough* year or two… 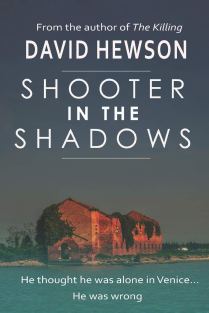 The description of this book feels quite familiar “16-year-old Sadie Saunders is missing. Five friends set out into the woods to find her … not everyone will make it home alive” but to think this follows a well-trodden path would be a mistake.

After Sadie goes missing her friends fall under suspicion and in an effort to find out the truth they go back to the woods believing that they know better than the police who are searching the local river . The events that unfold are told from the friends’ various points of view through interviews with the police after they are discovered in grim circumstances. What appears from the outside to be a solid group of friends displays fractures when put under pressure, all of the group have secrets and they’re not exactly ‘reliable narrators’.

The police investigation, led by DI Robin Fleet and supported by DS Nicole Collins, brings its own interest as Fleet is put under increasing pressure to solve the mystery and find Sadie. To add to the intrigue Fleet has only recently returned to his home town and there are rumours and stories about his past that he needs to face up to.

Twisty, thrilling and compelling – this was a great, atmospheric read.

Title – Shooter in the Shadows

Tom Honeyman is a best selling author but a ‘one hit wonder’. A former journalist, he made his name cracking a horrific double murder in his hometown of Prosper, New York and wrote an international best seller on the back of it. Times have been tough since the book was published and both his personal and professional lives leave a lot to be desired.

Honeyman has a ritual – every July he maroons himself at his villa on Maldetto, an uninhabited island in the lagoon at Venice.  By the third weekend of the month, when the Redentore fireworks begin on the Saturday night, he hopes to have either finished a new book or found the start of one. This year seems to be no different… but then he finds that there is a visitor on his island – one that’s taken his daughter hostage and casts doubt on the story that made him. In fact the stranger wants Honeyman to tell the truth about the crimes in a new book and he has just four days to do it.

Honeyman works though the events of the original crimes in a series of flashbacks and the timeline switches between the present in Venice and the past in Prosper; to meet the demands of his daughter’s captor he has to face up to some unpleasant memories.

This feels like a really unusual plot when it can be hard to read anything in the crime/thriller genre that feels different. It’s captured the atmosphere of Venice in the heat, great characterisation, a few twists and turns and a real feeling of jeopardy.

Title – A Rush of Blood

I love the Aector McAvoy series and also enjoyed Mark’s standalone ‘The Mausoleum’, so was keen to read another book by him. I have to confess, however, that I struggled with this one. It’s a really odd reason that I found it a difficult read and I’m sure it may ‘just be me’.

The book centres around the disappearance of the friend of 10-year-old Hilda – Hilda wants someone to help find her friend and her first port of call is her Mum, who runs the Jolly Bonnet, a sort of theme-pub in Whitechapel and is the meeting place for Molly’s friends.

The book has a real gothic feel and a quirky Victorian atmosphere. The problem I had was that all of a sudden the characters would be jumping into a car and racing off somewhere and I had to remind myself it was set in the present day and not in the days of Jack the Ripper. I know – my problem.

It has a very dark and sinister plot with a real touch of gothic horror contrasting with a modern day setting and a very modern set of strong female characters.

Despite all of this the quirkiness was a bit too much and too distracting for me.