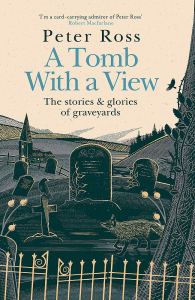 Title – A Tomb With A View: The Stories and Glories of Graveyards

It’s unusual for me to read a non-fiction book but this is one of two I’ve read so far in 2021 – strange times indeed!

I heard about this book purely through social media although I’m sure the cover would have been enough to seal the deal if I’d been able to browse in a bookshop. It went on my Christmas list and duly appeared under the tree. 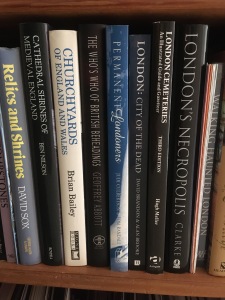 I’m quite the taphophile as it happens and already have plenty of reading material about graves and graveyards. This book is a little different to most of those because it’s packed with unusual facts, interesting anecdotes and conversations with those intimately involved in the featured locations. Some of the stories were very personal and touched on aspects surrounding death and burial that aren’t normally talked about.

The short chapters cover the length and breadth of the country and even beyond and a range of cultures and faiths. Those whose graves feature include the well-known, the forgotten, the celebrated and the unknown.

The writing style made this an easy book to read (not something I always feel about non-fiction) and the author captured the sense of place, bringing to life the diverse locations that were featured. He has a deft turn of phrase and treated those sharing their personal stories with great respect – giving an insight into what is still very much a taboo subject.  The people who shared their stories were just as important to the book as the stones.

I do have some quibbles with the book. My first is that there are some notable gaps, it’s surprising not to see Brookwood (London Necropolis) get more than a passing mention – the largest cemetery in the UK, destination of the London Necropolis Railway and the site of the first crematorium in Britain (amongst other notable facts). For me the other omission was a mention of Lutyens – one of three principal architects for the Imperial War Graves Commission, who designed 140 cemeteries in the countryside of Flanders and northern France for soldiers killed in the First World War, whose best know memorials are the Cenotaph in Whitehall and the Thiepval Memorial.

I was also felt that there was more about the political divisions in Northern Ireland than was appropriate – but I have learned something, so perhaps it wasn’t there in vain.

An unusual book and a great choice for anyone who has paused in a graveyard to read an inscription.

Now to find a space on my shelf.