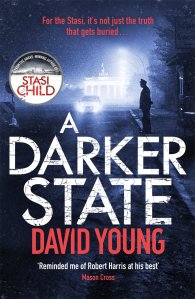 I reviewed David Young’s debut, Stasi Child, in October 2015,  last year it was the second novel in the Karin Müller series – Stasi Wolf, and now we have the third instalment in A Darker State.  Set some months after the end of the second book, Karin is feeling a little more domesticated with her newly extended family. Her break from work doesn’t last long, however, when she gains another speedy promotion and a new apartment, but as she well knows, everything has its price and she is soon involved in a new case following the discovery of the body of a young boy. 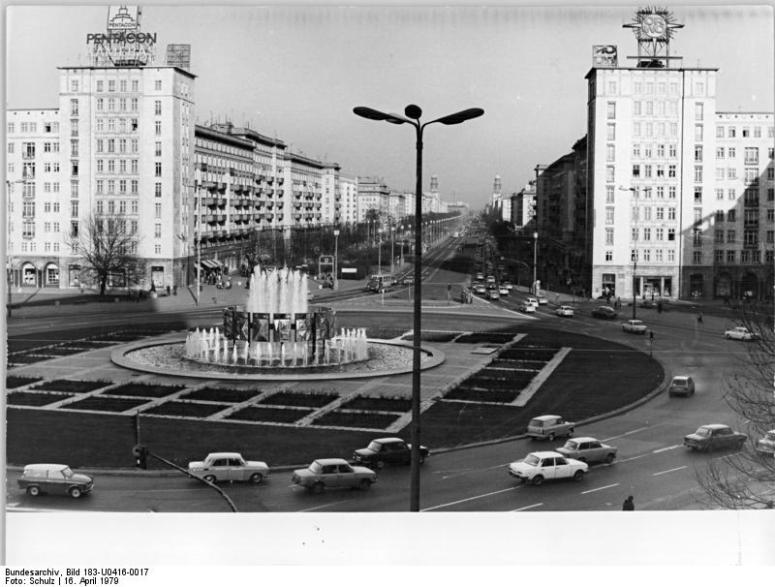 The investigation is slow to develop – it seems that the different divisions within the police and bureaucracy weren’t up to much in the way of cooperation. Karin isn’t one to give up easily though, as you’ll know if you’ve read any of the previous books in the series. The case is brought closer to home when it becomes apparent that there may be a link between the young man’s death and the disappearance of the son of one of her co-workers and as a new mother Karin is more sympathetic than perhaps she might have been in the past.

The missing boy is Markus Schmidt and throughout the book there are chapters told from his point of view where we get to find out about his backstory as the events unfold that see him become ever more distant from his parents. His story is both sad and his treatment despicable, a thought-provoking thread to the story.

We get a tiny glimpse more into the relationships between the main characters and find out that there is more to Tilsner/Jäger’s relationship than we might have thought. And just when I thought that Karin’s ex-husband had been forgotten we get a tantalising hint that all isn’t as it should be.

I don’t think anyone would be surprised at what was going on behind the Berlin Wall and this gives the author the opportunity to develop some real-life incidents into more gripping fictional ones. The political divisions and the controlling influence of the Stasi also allow for dramatic and tense situations and regardless of how the reader knows Karin she still ends up at the wrong end of the legal system.

Young writes really immersive historical fiction – there’s never a moment when the writing takes you out of the book and makes you question what you’re reading. The book is both a mystery and has its thrills and of course Karin is a great leading character. So do you need to have read the previous books in the series? This would probably make enough sense if you read it first but you would miss some of the backstory and character development that are relevant in the series.

Another enjoyable piece for Cold War crime fiction – many thanks to the publisher for the review copy.