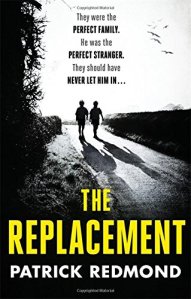 It’s an odd way to start a review but I must say up front that I really didn’t like this book. If the trend is for books with dislikable characters at their heart then this has them in spades. Nevertheless, I couldn’t put it down, it is like the literary equivalent to gawping at a car crash.

The story starts by featuring the Randalls, a well-to-do family living what appears to be an enviable life; it is certainly one where appearances seem to matter more than people’s feelings. We’re rapidly introduce to the characters: mother Caroline who is at the heart of village life, the recently retired lawyer father, and the twin sons in their twenties who are both trying to live up to their parents’ expectations. We’re also introduced to Stuart whose life no one would envy. The same age as the twins, he is working for an estate agents, worrying about his elderly grandmother, having lost his parents and sister at an early age. The cast of characters goes on with extended families and girlfriends. All have their part to play in the condensed saga (it takes place over just a few months) that unfolds.

The author begins by providing some insight into the personalities involved and by and large they all come across as unpleasant in one way or another – they are all manipulative, devious and scheming. Appearance is everything and ruthless behaviour at the cost of others is the way to get ahead. Stuart is the complete contrast to this, perhaps showing that his life without entitlement has bred a more pleasant person.

The main plot starts when Stuart and the Randalls’ paths cross and an unexpected connection is discovered. Stuart’s introduction into the Randalls’ life is divisive and this brings out the worst in all involved. As the story unfolds it becomes clear that the characters are also fickle and their feelings can change in the blink of an eye (or in response to a single sentence). And just when you think that the behaviour can’t get any worse there’s an incident which is truly shocking.

The tension in the story is delivered by the relationships and the reactions of those involved – and the belief that if you hang on until the end of the book then someone must rise above the rest. The story is also full of secrets and there’s some pleasure to be taken in waiting to see if and how people will be found out.

Redmond has created an intriguing book and an unpleasant cast of characters, with a story that is a cross between a family saga and a psychological thriller.

You can see another review of this title at Raven Crime Reads. Thank you to the publisher for the review copy.